A multi-sport athlete at Adair High School, Chance Condit plays football, basketball and his favorite sport of baseball. A 2021 senior, Chance plays multiple positions including pitcher as well as first and third base for the Warriors.

Having played baseball since he was four years old, Chance has his own fan club as a base of support today.

“My biggest supporters would have to be my mom, dad, and sister along with the rest of my family, especially my aunt,” said Condit.

Not only did he have supporters in the stands, but he also had a great bond with his teammates.

“My bond with my teammates is amazing. We consider each other brothers.”

Baseball is much more than just a sport to Chance. Not only has baseball been an outlet for him, but it has taught him growth and strength, as a person.

“Baseball has helped me in other aspects of life such as learning discipline, and that it is okay to fail as long as you bounce back from it.”

Condit feels that his biggest strength in baseball is his desire to work harder.

“My love for the game has pushed me hard over the years and my family was there to have my back through it all,” said Condit.

Chance has played a lot of games throughout his career, but he has one high school game that ranks at the top of his list.

“My favorite high school game that I played in would have to be my sophomore year when my team beat Verdigris to start off the season,” he said.

Chance’s hard work and dedication over the years is allowing him to continue to play baseball at Cowley County Community College after he graduates.

“Playing college baseball has been a dream of mine since I was twelve years old,” said Condit.

Oklahoma is home to some really great high school wrestlers, but we want to know who YOU think is the top wrestler in your area. The...

With softball season underway, you know the top players to watch in your area. Below is a list of the area's top underclassmen who could... 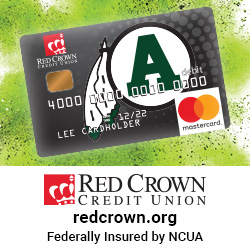