Tyler Douthit, a 2021 senior at Claremore High School and the starting center midfielder on the Zebras soccer team, has been playing the sport since he was five years old and admits he’s learned many things about the sport and about life through playing the game for so long.

“Soccer has helped me in many aspects of life, because it has taught me the importance of hard work and dedication,” said Douthitt.

Tyler has had a solid support system throughout his years of playing soccer.

“My biggest supporters are definitely my parents. They’ve come to almost every sporting event that I’ve ever played in.”

Not only does Douthitt find support from his parents, but he also has a great bond with his teammates.

“I’ve been really fortunate to be on a really great team for the past few years, and with most everyone on the team, it’s not just that we are teammates, but also friends. Most of us still hangout together even outside of soccer so that shows that we have other interests too.”

Tyler looks up to and finds his inspiration from two people: Tulsa FC’s Matt Sheldon, and businessman, Elon Musk.

“This guy is insanely incredible and proves that you can accomplish anything,” said Douthitt.

Tyler has played a lot of games, but he has one favorite game, in particular.

“My favorite game I’ve played in high school was definitely last year against Bentonville when we took them to pens and beat them. It really just showed other schools that we were no joke and could hang with anyone in the state,” said Douthitt.

Tyler has lots of big plans for after graduation, however, he is not quite ready to give up playing soccer just yet.

“I plan on playing soccer next year in college but have not committed yet. I also plan to study construction management.”

Although soccer has been the focal point of Tyler’s life, he also finds time for cross country, NHS, Young Democrats, and NASA.

By Ryan Stone Trevor Mora is a senior at Inola High School and is enrolled in the Home Automation program at the Northeast Technology...

Adair mom Tobie Cooper said the things she loves most about watching her daughter play basketball is her passion for the game, her...

By Derrick Smith Every good athlete knows that success does not just happen on its own. It does not just magically appear one day.... 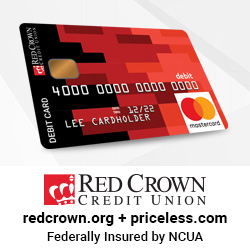