Claremore Sequoyah High School senior Braxton Bulman approaches graduation after having standout careers in football, basketball, but most of all soccer, where he plays as a center midfielder.

Bulman has scored 50 goals and added 40 assists throughout his high school career on the pitch in addition to earning All-District, team captain and team MVP honors to his list of accolades.

Bulman has continued to make a difference this spring as the Tigers recorded an undefeated 13-0 record while claiming the district championship.

According to Bulman, those accomplishments have require hard work on and off the field; something that the Tigers standout attributes to sticking to his craft and developing self-confidence.

“It has taken many things to get to where I am today athletically. The main things I would say are hard work, dedication, and believing in yourself,” Bulman said. “You can’t become successful if you wait for things to be given to you. You must go out and earn them yourself and not leave things to be decided by others.”

Citing the chief influences of Kobe Bryant and Cristiano Ronald, Bulman learned his philosophy by the example of others including his dad as his biggest role model.

“He was my first coach and is now coaching me my final high school season as well. My whole life he has always pushed me to be the best version of myself, whether that be on the field or in the classroom,” Bulman said. “My mom is also a big role model in my life. She has helped to show me how to treat others, and to know that I am always loved. When it comes to parents, I couldn’t ask for a better pair. They’ve made me into the young man that I am today, and I am forever grateful for that.”

As Bulman’s high school days come to a close, he aims to keep making history for the school alongside his team.

From the VYPE Top 100 and more, these fantastic athletes represent their areas as they compete for the coveted Shelter Insurance Miss...

Senior football and baseball player Trenton Quigley loved being around his team and teammates during his high school career. Even though... 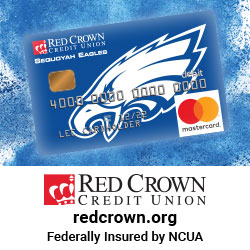