The Tigers host Gravette, AR on September 11th. The Lions finished 4-7 in 2019 and were eliminated from the first round of the Class 4A playoffs by Pocohontas.

Pryor welcomes a heck of a duo in offensive coordinator Ricky Ward and quarterback Ben Ward. The younger Ward threw for 353 yards and five touchdowns last year as a Cleveland Tiger against Oologah.

Wagoner and Pryor won't play after meeting the last eight seaons. Pryor ended a four game losing streak to the Bulldogs with a 42- 41 win on September 13th.

OFFENSE
The Pryor Tigers want to spread the ball around and get it to their playmakers at the wide receiver position. Running the trips offense, the Tigers will keep defenses on their heels with players like Bobby Belew (5-10, 165, Jr.) at receiver and move-in Ben Ward (6-1, 190, Sr) at quarterback, who will provide experience and massive production. Belew caught 26 balls for 413 yards and seven touchdowns. He also added 177 yards on the ground with two scores. Josh Gore (6-3, 195, Jr.) had 364 yards on 27 receptions scoring three touchdowns last year. Justin Landry (5- 10, 155, Sr.) saw limited action last season, but figures into the passing game in 2020. Landry had 47 yards on five receptions. Brooks Miller (6-0, 195, Sr.) also plays H-back, but gives the Tigers another option downfield. Miller had 142 yards on six receptions. Cooper Williams (6-2, 240, Sr.) and Nate Silky (6-0, 245, Jr.) are two experienced offensive linemen the Tigers need to stay healthy and productive upfront.

DEFENSE
Ethan Chavez (5-10, 190, Sr.) returns to play his linebacker spot as one of the more productive backers in the district. Chavez had 108 tackles, one sack and one fumble recovery. Miller joins Chavez as the outside linebacker the coaching staff expects to rack up some big numbers this season. Miller had 66 tackles, one interception and one forced fumble a year ago. Belew starts at free safety where he grabbed four interceptions and 70 tackles. Gore locks up one of the corner spots where he had 45 tackles and one interception. Tank Felts (6-0, 245, Jr.) moves to nose giving the Tigers a strong push up the middle. Felts had 42 tackles a year ago. Williams slides out to defensive end after recording 38 tackles and one sack in 2019. The Tigers will base the defense out of the 3-4. The coaching staff will consist of Dakota Evans, Clayton Saiz, Chance Judy, Mikkel Stump, Zach Cowan and Ricky Ward.

Spring is right around the corner and that means high school baseball will soon be underway. As we head into the season, we want to know... 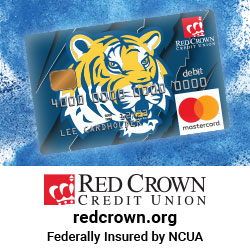