If there’s a sport at Salina High School, you can just about bet sophomore Jack Wilkins is going to be involved in it.

“I play football, baseball, and wrestle,” Wilkins said. “I’m a middle infielder on the baseball team, and I’m a running back and free safety on the football team. I started all of these sports at a young age, and I’ve always loved them.”

Last season was a pretty solid one on the mat, and Wilkins said he wants to improve on it this year.

“I’m pretty sure that I’m 26-4 coming out of regionals and I’m coming off a state runner-up finish last year,” he said. “The goal stays the same this year: I’m trying to win it all. I want to compete at a high level at the state tournament and win a state championship. Last year I was a first team selection on the Oklahoma team as a freshman.”

Wilkins said he doesn’t have a particular process he goes through before each match but does spend a lot of time focusing on making weight before each one.

“I don’t think about anything at all before a match,” he said. “I trust my practice and go wrestle, because at the end of the day it’s as simple as it being a wrestling match. When it comes to weight, a week before I’ll drink a lot of water. I eat small portion meals and cut my water out Thursday. That will leave me about four pounds over, and then I work out the night before and go weigh in.”

But for Wilkins, making weight takes a backseat to character. It’s something he strives to display no matter the outcome of the match.

“Character to me is how you carry yourself throughout the match,” he said. “Win or lose, you come off the mat with your chin and straps up and move on the next because you can’t do anything about the matches in the past.”

As a senior on the Grove soccer team, midfielder MaDelaine Heffelman has stepped up as a team leader this season, both on and off the...

Every school in Oklahoma has a student that goes above and beyond in their school and in their community. We call these kids Dr Pepper... 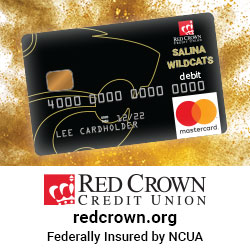