She’s one of only two seniors on the Verdigris softball team this season, but as the Cardinals’ starting pitcher, Brylee Ray would probably be one of the squad’s leaders no matter how many other seniors there were.

“There’s only two seniors on the team so we kind of split the load and together try to keep the others in line,” Ray said. “I like it. I’m pretty introverted so I didn’t think I really would, but I do like being able to watch out for the others and kind of acting like an older figure in a way, someone they can look up to if they need to.”

After going 23-10 last year and falling in the Class 4A regional playoffs, Verdigris is 21-6 as of Sept. 21, including a stellar 12-1 mark in their last 13, and Ray is a key contributor to that success.

She has been pitching since she was nine years old and enjoys being the one who determines the action in the field.

“I think part of the reason I like playing there is because you can control how you do,” said Ray, who also used to play basketball and soccer but has been focusing solely on softball. “Like when you’re fielding, there are so many things that can go wrong, depending on the hop, how it’s hit. But when you’re pitching, you have a spot, you have a pitch to throw, and you know what you have to do in the moment, so I have a plan for everything.”

One of the primary aspects about softball that Ray loves is the deep sense of togetherness of the team.

“Probably the main thing for me would be the girls,” she said, “being able to be on a team and almost have a family there, like having people have your back, just people to look out for you.”

Ray is also in the Verdigris Recycling Club, helping gather up and properly dispose of recycling materials from the school, as well as the National Honor Society. She points out that keeping her grades up has always been important to her.

“My parents have always been pretty strict about grades, and telling me and my siblings to keep on top of it, so I just think of it like a pride thing,” said Ray.

She plans on majoring in marine biology in college, but is still determining her options for next year, while still hoping that softball can be involved.

“It probably will be, for at least the first two years if I end up going to a two-year school first,” Ray said. “I’m hoping to get a few more years.” 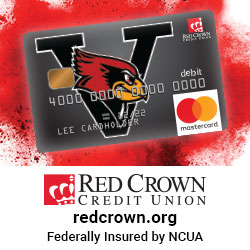